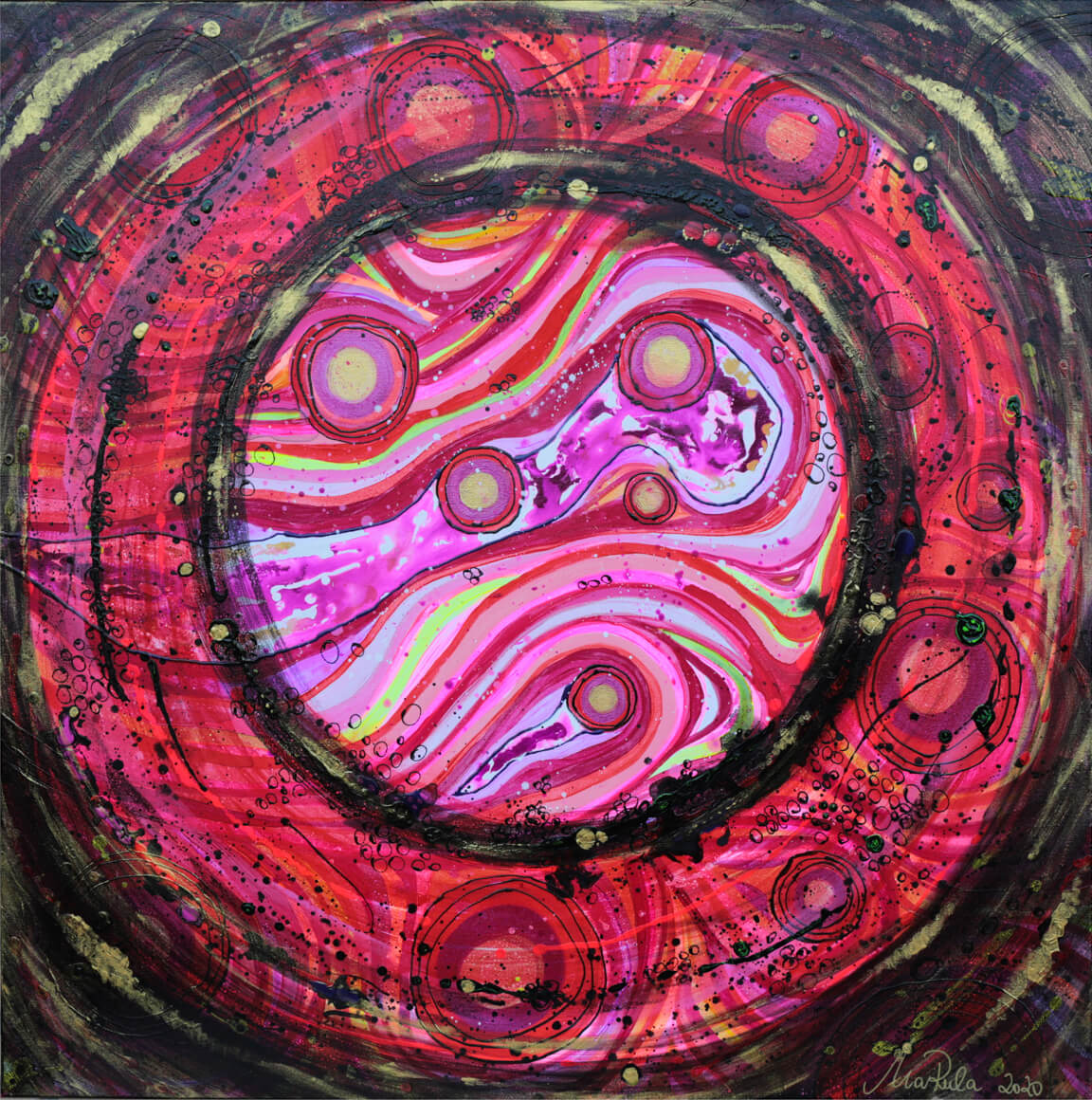 The life of the byzantine princess Theophanu inspired me for this painiting. Emperor Otto the Great wished for such an princess, born in purple, to marry his son and join the western and eastern Roman Empire. Sent to him from Byzanz was the fourteen-year-old Theophanu, whose father is until the current day unknown. Otto the Great did not follow the advice provided by his counselors and let her marry his heir to the throne, Otto II. After the early death of her husband, Theophanu took over the government businesses and became one of the most powerful and intelligent women of the high Middle Ages. Regardless, we do not have a great amount of knowledge about her – as same as about a lot of other women from this period. Her story, her obvious exoticism and her fate have been fascinating me since my youth. Theophanu‘s marriage license contains fourteen purple circles and two semicircles – it is absolutely stunning. I had the honor of seeing it in person. This is what I wanted to process in my painting.

A Spirit of Indian Summer